You have no items in your cart

Free UK shipping on all orders over £20

You'll also find this recipe in our OMG! Cookbook.

We love ricotta. It really works with this recipe to hold the structure of the filling because it doesn't melt everywhere when baked.

For mushrooms: Makes 4 portions - each contains:

For peppers: Makes 4 portions - each contains: 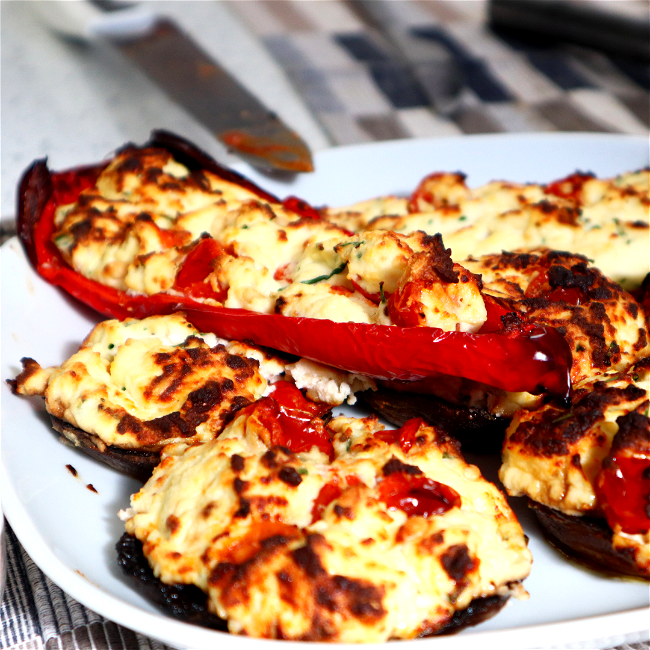 For nut free, swap the pine nuts for sunflower seeds. They have a similar texture!

Swap the parmesan for another strong cheese of choice - Manchego is one of our favourites :)